The Estacion Experimental Forestal Horizontes (EEFH) is a managed dry forest that is just south of Santa Rosa National Park, with similar climate, soils and vegetation. In the past, large parts of the station were used for cattle grazing and only since three decades, when the station was established, the forest began to regenerate. It is, thus, a secondary tropical dry forest.

The mean annual temperature at the site is approximately 25°C, and mean annual precipitation is 1,800 mm concentrating over the period of May through October. The climate phenomenon El Niño is affecting EEFH frequently; hence, rainfall is highly variable on an interannual basis. The site experienced one of the most severe El Niño events ever recorded in 2015 with only 630 mm of rain registered at Santa Rosa National Park. With already below-normal rainfall in the anteceding years, this severe drought caused numerous trees to die (with especially the cedar type Cedrela odorato L., affected) while others resisted the drought. In 2016 (1800 mm) and 2017 (2000 mm), rainfall was above average. The forest at Horizontes is approximately 30 years old and has regenerated naturally following cessation of several decades of rice, cotton, and sorghum production as well as cattle grazing. This secondary forest is described as fairly biodiverse; in their experimental area of 1 ha within EEFH Waring et al. (2019) encountered 60 tree species representing 23 families.

Soils around the station are variable as well, but at all places, they are underlain by bedrock of volcanic origin. The topsoil is often clayey-loamy with a good water holding capacity. In deeper layers, mainly clayey soil can be found. At the study site Isodrones is working at the moment, hard bedrock is encountered at about two meters soil depth. Surprisingly, there are still roots to be found in small cracks. On the small (downward) slopes extending to all sides of experimental plot, soil become slightly deeper.
The species of interest for the 2018/19 dry season campaign are mainly Caoba and Tempsique, two evergreen species that are able to survive the long dry season seemingly without problems. Are deep roots the answer, or is it another strategy the trees use? And if yes, which is it? 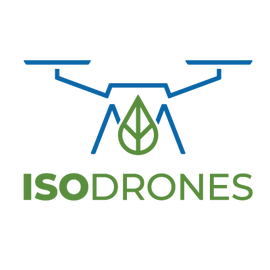