Measuring water isotopes in tree xylem directly in the field I first came in touch with the Isodrones project when Maren Dubbert took me with her to Sweden after I had just handed in my Master Thesis. As I really enjoyed working in a team with so many kind and knowledgeable people that already had a lot of crazy and innovative ideas in their heads, I was excited to join the Isodrones Team as a PHD student. When we set up the stem borehole method – for measuring water stable isotopes in tree xylem insitu – at the Rosinedal research site we already had quite a few ideas on how to modify the setup to also allow for applying it in the next field campaign in Costa Rica.

Therefore, we decided to put the method through its paces in a preliminary test to learn more about potential issues and general constraints as well as about impacts changes in the setup have on measurement results. Luckily, we were able to use the facilities of the Chair of Ecosystem Physiology, University of Freiburg. Their repurposed former aircraft hangar allowed us to place trees of 5 m height inside and conduct the preliminary test in german winter before leaving for Costa Rica.

To account for the influence of differing xylem structures on the insitu measurements, we got a coniferous (Pinus pinea), a deciduous (Alnus x spaethii) and an evergreen species (Quercus suber) and placed them under artificial light. Completely submerging their root systems in water of known isotope composition minimized the effect of the soil on the isotope composition of the trees source water. In addition, this allowed for an easy sampling of changes in the source water isotope composition over time (even though trees had to suffer a little for that). Two stem boreholes (of 10 mm diameter) were drilled in each of the trees at a distance of 50 cm to each other and connected to a laser analyzing ratios of water stable isotopes via a valve system (see schematic drawing). Trees were also equipped with sap flow sensors and Thermocouples recording temperature inside the boreholes.

With regards to the methods setup, we investigated the effect of passively pulling sample air by the laser vs. pushing dry air (at differing flow rates) through the boreholes. While the first has the advantage of being a lot simpler and material-saving, the latter excludes the risk of potential contamination with ambient air via leakages along the air flow path and guarantees that sampled water vapor exclusively originates from tree xylem water. After a few days of measurements, we exchanged the tab water with water enriched in heavy hydrogen isotopes and followed the subsequent change in the xylem water isotope composition measured through the boreholes.

Overall, we measured over the course of almost two months. Unfortunately, the alder tree lost almost all of its leaves in the beginning of the experiment and was consequently not transporting water in the xylem anymore. Also, the cork oaks sap flow declined due to the harsh conditions (cold temperatures, unideal light supply and flooded root system). It will be exciting to see if these changes can also be detected in the isotope data. Right now, the collected pile of data is still waiting to be analyzed fully but from first looks we can already conclude that a pronounced increase in the share of heavy hydrogen isotopes was detected in both the oak and pine tree. For the latter having the highest sap flow rates, stable values really close to the new source waters isotope composition were reached. Destructive samples were also collected and water was extracted with the most widespread extraction method cryogenic vacuum extraction. So check for upcoming updates on method validation and further insights!

We learned a lot from this methodological test under comparably difficult and plant-hostile conditions. For instance, the maximum dry air flow rate seems to be strongly linked to the xylem contact area inside the borehole and there appears to be a minimum tree diameter to ensure full saturation of sample air. Concerns we are still looking into include cavitation around the borehole, effects of tree tissue repair and heterogeneous sap flow across the xylem cross-sectional area. We saw that these in situ measurements require a huge amount of caution and maintenance, for instance fighting condensation and problems with leakages. But all this effort prepared us for applying the method in the field and hopefully soon producing reliable data sets on plant water uptake in high temporal resolution.

Below some pictures from the experiment. Feel free to leave comments, suggestions and contact us for requests! 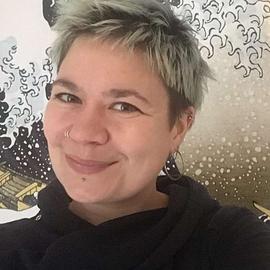